Stunning rainbow igloo made using 500 milk cartons. This igloo was made by Daniel to impress his mother-in-law. He made this igloo in his girlfriend house at Canada. Actually he was about visit his girlfriend family so he doesn’t have any clue that what will his mother-in-law is going to ask. Then to test her daughter boyfriend she asked him to make an igloo at backyard. Already she collected 500 paper milk cartons to help him to make the igloo. To make that bricks they
filled the containers with water and then they froze it finally they removed the paper, then he had a figure to structure this igloo at -25 °F (-31 °C). Then his mother-in-law was happy and said “I wanted to keep him occupied” . Dan spent nearly 150 hours to build that igloo. Everyone in the family was helping him also neighbors. “The reason that she’s given since she decided it was such a big job was that she would allow me to marry her daughter, so I guess I’ve accomplished
that,” said Dan with a smile, overlooking his amazing rainbow igloo. Watch enjoy the new symbol of love built by Dan for his girlfriend hope you love it. 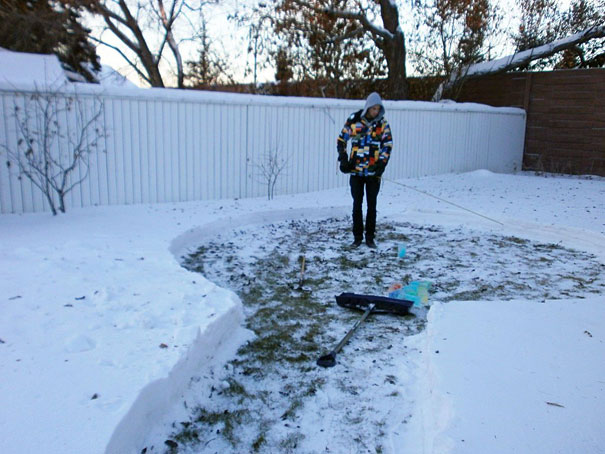 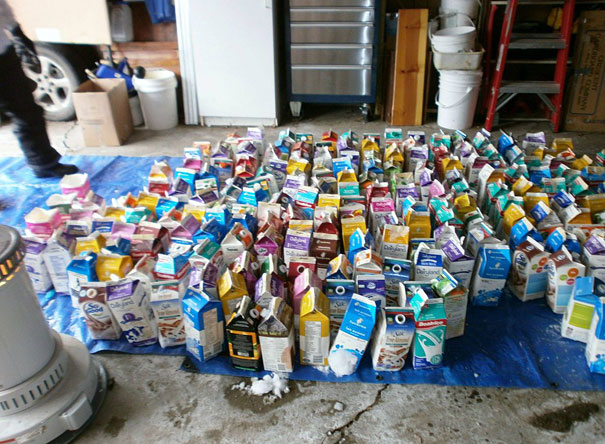 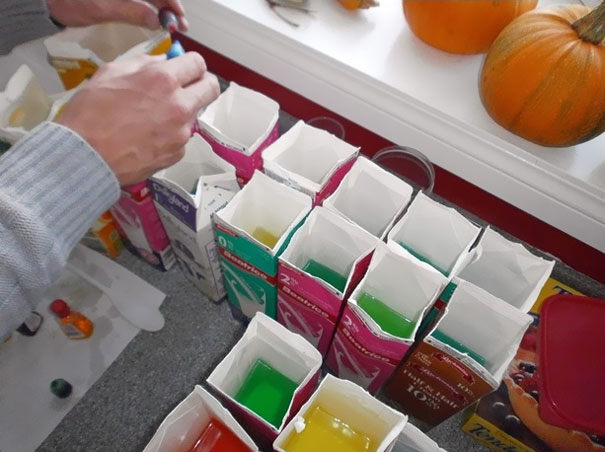 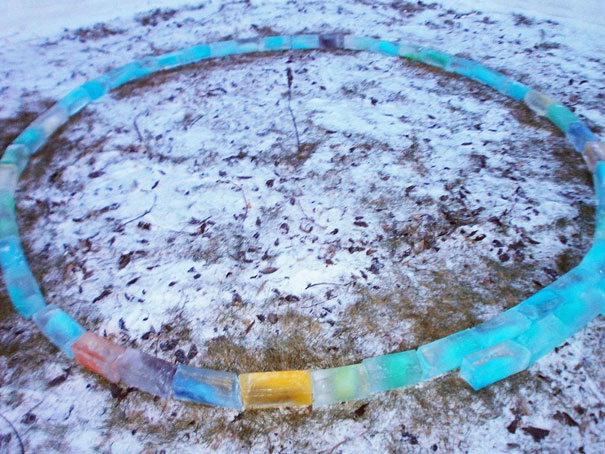 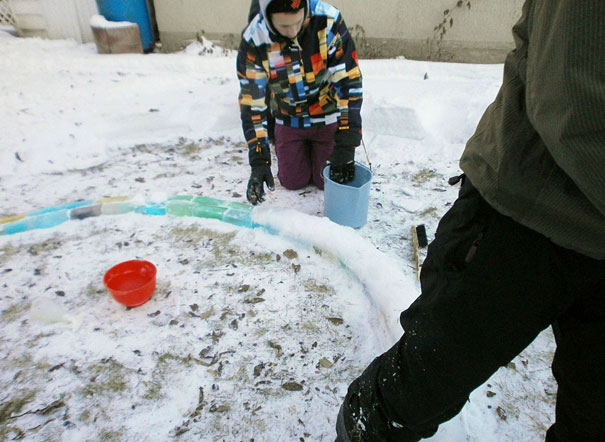 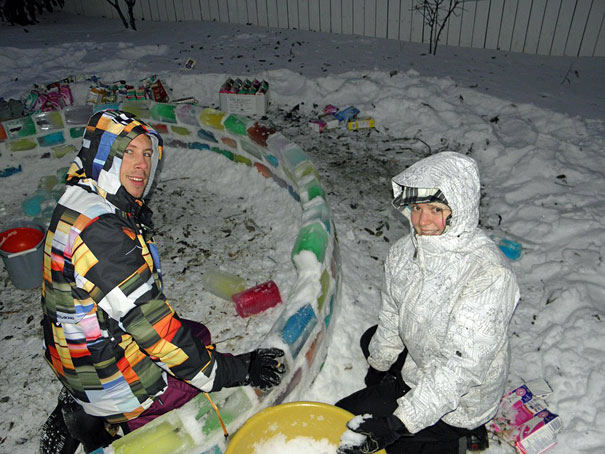 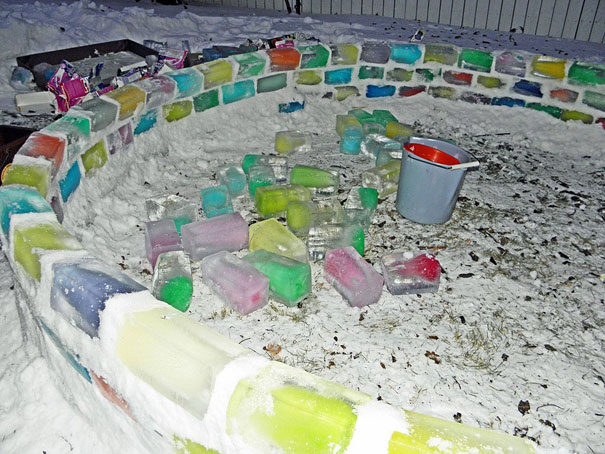 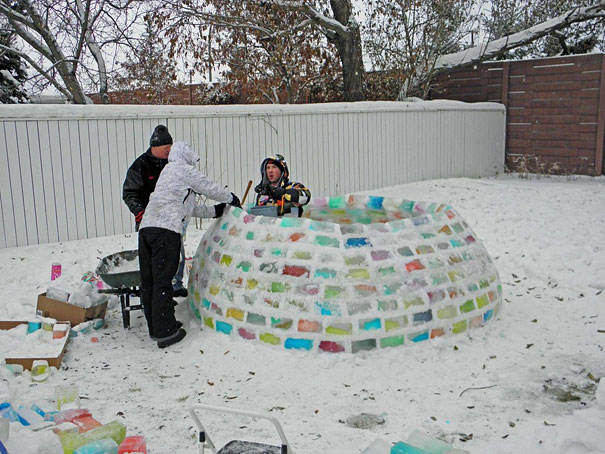 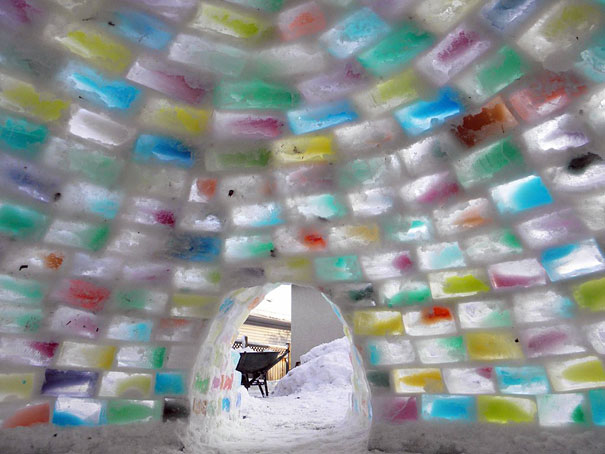 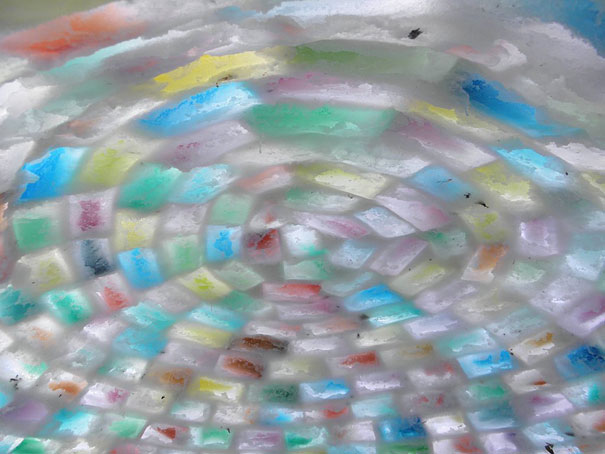 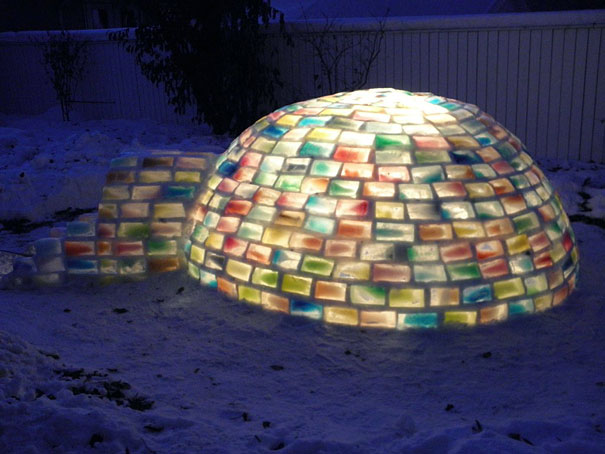 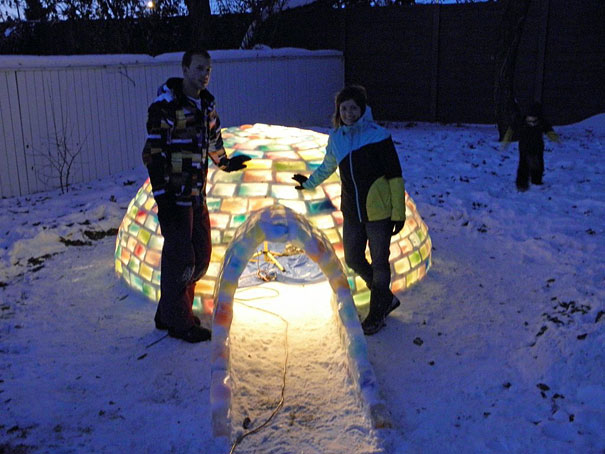 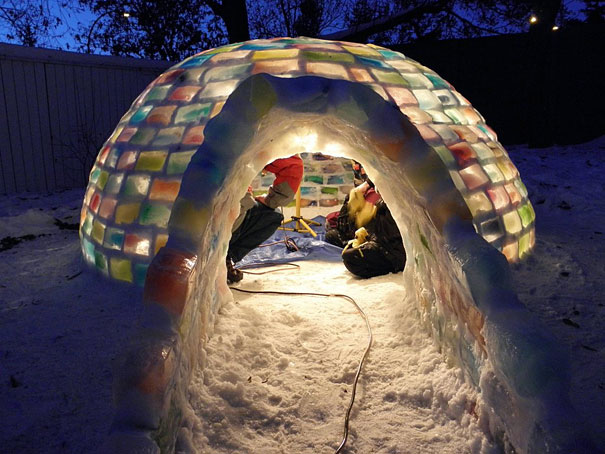 Previous: Amazing Installation made of 760 Stacked Bicycles by Ai Weiwei
Next: Amazing Photographs of Sweden 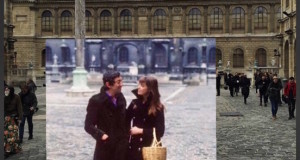 Attractive Scenes From The Past Juxtaposes With Present 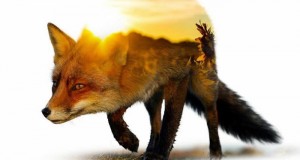 Double Exposure Photographs By Alexis, He Merges Two World Into One 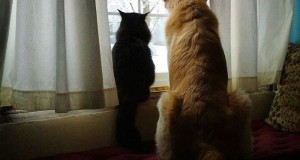 Dog Lost His Best Friend Due To Cancer, Now He Got His New Best Friend 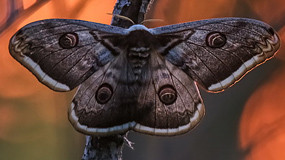 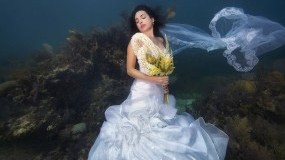 The amazing Story behind These romantic Underwater Wedding Photographs 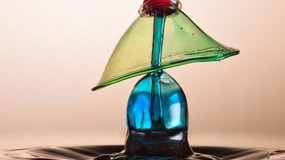